NdFeB magnet material is the third-generation rare earth material based on the intermetallic compound Nd2Fe14B, whose main components are rare earth elements iron, neodymium, and boron. Under the appropriate temperature, humidity and no strong external magnetic field, radiation and other factors that affect the magnetic performance, the magnet performance of the NdFeB will not be a large loss, which is conducive to the conversion of electrical signals and the transfer of electrical energy-mechanical energy, so that electronic instruments and communication equipment gradually develop in the direction of miniaturization.

At present, according to the related official regulations, NdFeB permanent magnet material is made by the quick-setting belt throwing method to make permanent magnet motors, magnetic resonance instruments, and advanced audio-visual equipment, with medium, small and micro size, whose sum of Hcj(kOe) and (BH)max(MGOe) is greater than 60, which belong to the high-tech products that are encouraged and supported by the domestic.

But in fact, manufacturers in the market often do not distinguish between low-end and high-performance NdFeB according to the standard above, instead of the difference in demand for downstream products. Specifically, low-end NdFeB is mainly used in magnetic adsorption, electric bicycles, and luggage buckles, and others, while high-performance NdFeB mainly refers to various models used in the field with high-tech barriers, such as energy-saving motors, automobile motors, and wind power, and etc.

In the low-end NdFeB market, there is disordered competition among a large number of small and medium-sized enterprises. As low-end NdFeB is easy to produce with low technology content, the industry show features of more dispersed production capacity and a high degree of product homogeneity, resulting in oversupply in the market, poor bargaining power of producers, and vicious competition among the small and medium-sized NdFeB producers.

The upstream of the industrial chain of NdFeB permanent magnet materials industry is mainly the mining and smelting of rare earth, the midstream is NdFeB producers, and downstream is both traditional fields such as consumer electronics and basic industry, and emerging applications including new energy, energy conservation and environmental protection. 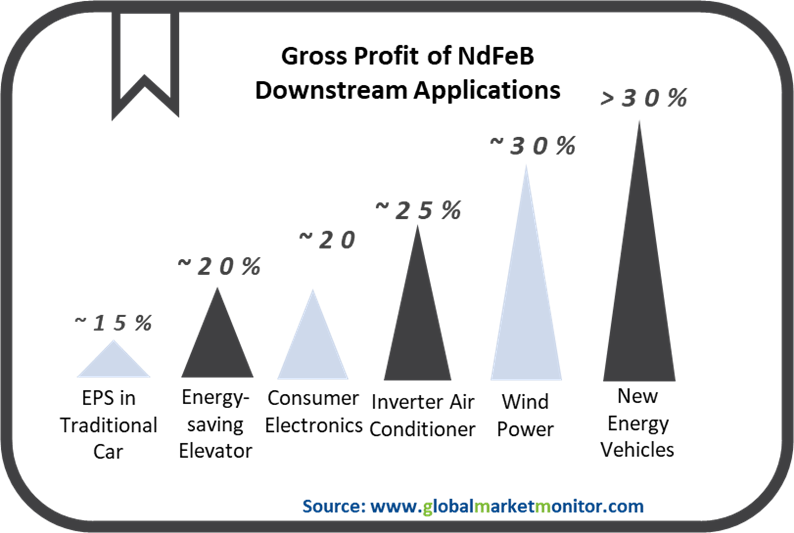 In many downstream applications, permanent magnets for new energy vehicles have the characteristics of high gross profit and high industrial chain barriers， which are the main growth points of the permanent magnet industry. 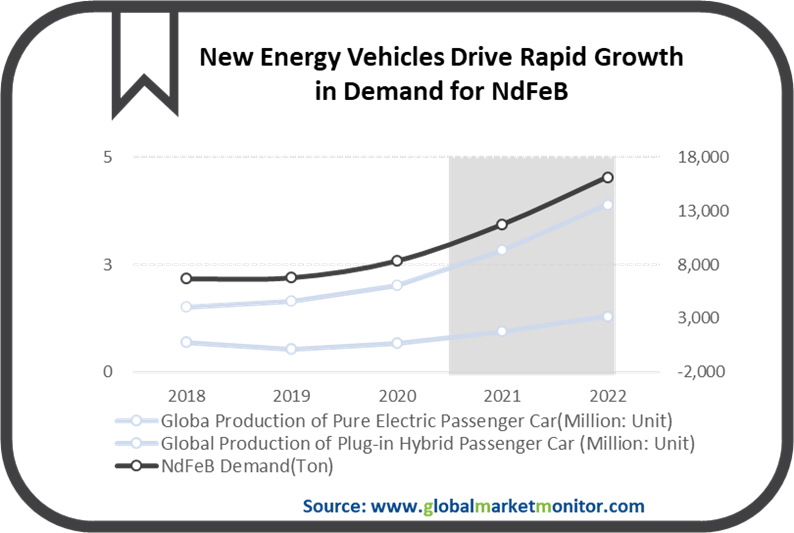 Zhenghai Magnetic Materials has three core technologies of oxygen-free process theory, TOPS fine crystal technology and THRED rare earth diffusion technology, which has reached the international level. Through more than five years of layout, it has successively registered and established wholly-owned subsidiaries in overseas markets such as Germany, Japan, South Korea, and the United States, and entered the supply chain system of overseas mainstream auto companies. It is expected that the contribution of NdFeB for new energy vehicles to its profit will increase significantly in the next two years. In addition, to match the orders of downstream overseas customers, it will realize a doubled production capacity to reach 15,000 tons of NdFeB after the planned investment in the next 2-3 years. 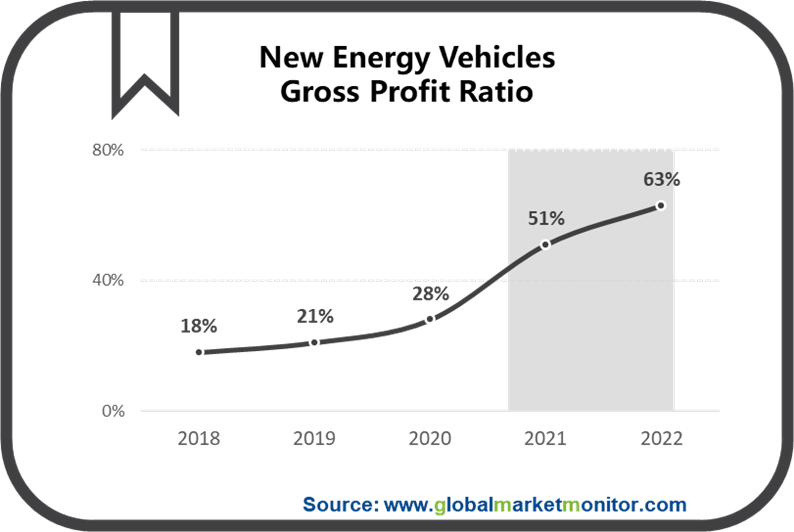