Since Apple released the iPhone X unlocked with 3D structured light in 2017, 3D Sensing has finally entered our lives. Compared with the traditional camera, the 3D Sensing camera can obtain the depth information of the subject, that is, the three-dimensional position and size information, which is usually composed of multiple cameras + depth sensors. There are currently three mainstream technologies for 3D Sensing on the market: structured light, TOF, and binocular stereo vision.

Structured light uses the principle that when light hits the surface of an object, the projection will inevitably be caused by the unevenness of the surface of the object, recorded and analyzed by the camera to produce depth images. 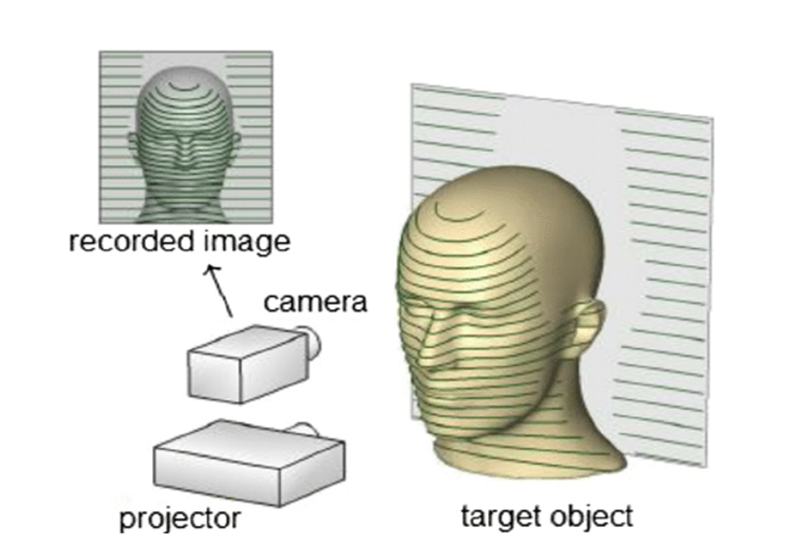 On the iPhone X, Apple put this technology into face recognition, and put it on a dot matrix. To ensure the recognition accuracy, the dot matrix projector and the receiver need to keep a certain distance. And the structured light is not resistant to strong light, and the laser lattice projected during the day is easily submerged by strong natural light. When the object is far away from the camera, the larger the image or light spot projected on the object, the worse the accuracy. Therefore, the structured light experience at close range is superior, but it cannot play an advantage at long distance

TOF (Time of Fly), different from the structured light projection, measures the time something cost for a certain distance, thereby constructing a three-dimensional image. Specifically, after using a TOF sensor, an infrared laser array is used to emit laser pulses which are reflected from the object in front of it and then back to the sensor. In this way, by calculating how long it takes the laser to reach the target and return, you can calculate how far it is from the sensor.

In 2019, 3D Sensing has been installed in high-end flagship models, with the structured light mainly used in Apple TOF mostly in Huawei. From the perspective of shipments, TOF models shipped 77.6 million units in 2019, whose proportion is getting higher and higher and expected to overtake structured light by 2021. 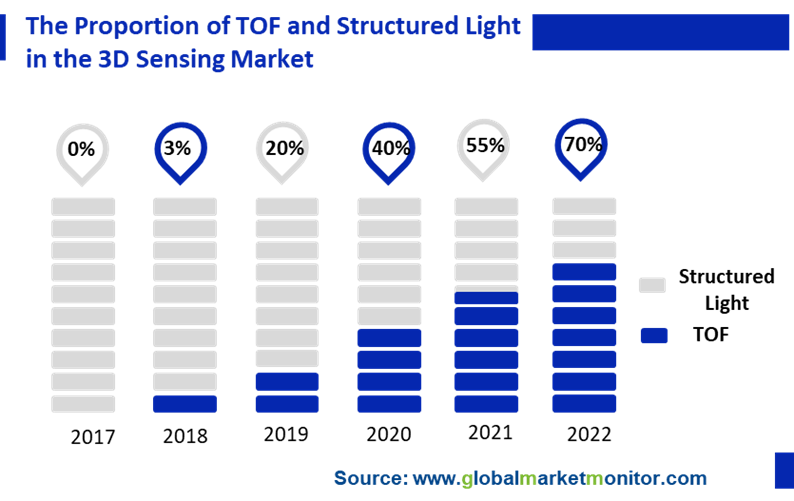 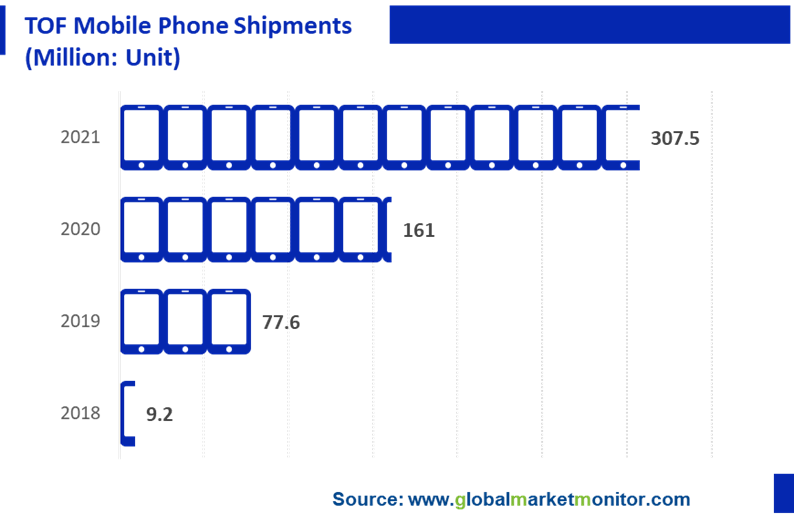 The continuous innovation of technology has led to many changes in the mobile phone market， where it has made great progress, such as high-performance CPU, large-capacity battery, and supercharge. While the development of technology has made people no longer satisfied with the single function of mobile phones, to provide more functions and more application scenarios to harvest more pleasant experiences is what mobile phone manufacturers consider.

TOF lens has the functions of space ranging, 3D scanning, and 3D modeling, which makes mobile phones can also become 3D somatosensory game consoles, with the powerful computing and output capabilities of mobile phones. Taking Honor V20 as an example, the R&D team has developed an accurate bone recognition algorithm to assist the TOF3D lens projection that the game characters on the screen can accurately follow the player's real actions to the greatest extent. After combining these high-precision body data, the Honor V20 can accurately identify and track the shape of these parts from the spatial position of various parts of the human body, allowing players to do whatever they want in the game.

As early as before, Huawei and Samsung have been the first to apply the TOF lens. But, this application by Apple is more like the last step TOF lens to cover the mobile phone market. Mobile phones are equipped with TOF lenses, which can be regarded as the first step in building an AR ecosystem.

TOF has features of long-distance operation and high refresh rate, which perfectly meets the requirements of AR/VR, and the maturity of the two technologies will promote each other. TOF technology can be used not only in mobile phones but also in cars. The reversing system with TOF technology can simultaneously detect multiple pedestrians or obstacles at different distances. After processing the range out of the sight of the people through the software, it can use image development or sound to warn the distance to further assist the driver. TOF technology is expected to be used in a wide range of fields, combining new generation communication technology and cloud computing technology in the future.

As the next wave of innovative revolutions, TOF's entire industrial chain is worthy of attention. It is recommended to pay attention to the domestic MOPA lasers leader of JPT Opto-electronics, O-film Tech, and Lianchuang Electronic Technology.