The database is a warehouse to organize, store, and manage data according to the data structure, an essential core technology for enterprise IT systems, which is listed as the world's three basic software technologies with middleware and operating systems. All walks of life depend on database technology, especially banking, manufacturing, and the Internet. Due to the difficulty of its technology, the database has long been controlled by a small number of companies for most of the market share, where Oracle has always been a well-deserved leader, followed by IBM and Microsoft, and also includes the acquisition of Sybase SAP.

The Domestic Database Market Is Still Dominated by Foreign Products 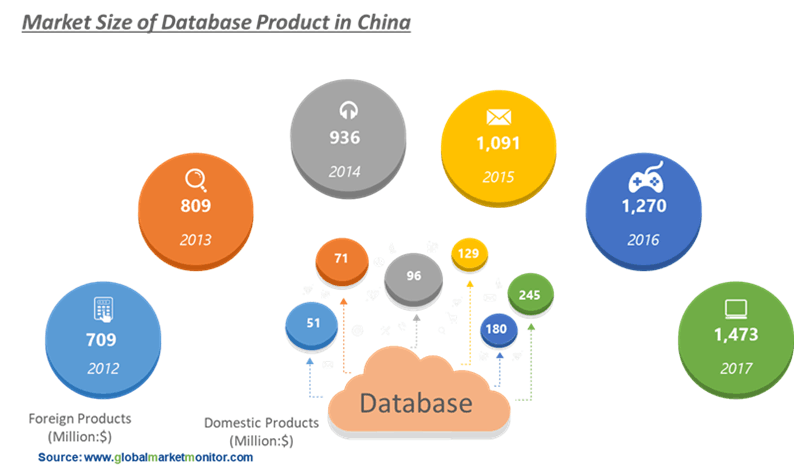 In 2017, the domestic database market share in China increased to 17.64%, whose customers are mainly concentrated in the government, state-owned enterprises, and institutions.

The Trend of Domestic Databases Is Clear

Globally, the three major vendors of traditional databases are Oracle, IBM, and Microsoft. Among them, Oracle is the world's largest, accounting for more than 40% of the market share in China.

Although Oracle ranks first, the technology of the database itself has not developed much in the past few years. It is said that Oracle has shown signs of decay in recent years, mainly because of the inefficient transformation of cloud computing, no longer continuing growth, and global layoffs.

Besides, the cultivation of local manufacturers by the domestic market provides a good development environment for domestic databases. the domestic database is fully implemented from the perspective of security and independent control, from not only the financial industry such as banking and insurance, but also state-owned enterprises and government agencies, which is an excellent opportunity for the domestic database.

In July 2019, Huawei GaussDB was successfully commercialized in the core system of Zhejiang Mobile;

In August 2019, Huawei revealed in the seminar that GaussDB has been adopted and succeeded by customers in Industrial and Commercial Bank of China, and China Merchants Bank;

In October 2019, OceanBase climbed to the top in the TPC-C test, which brought the attention to domestic databases to a high level.

Valuation of Domestic Database Is Expected to Be 3,829 Million USD

According to data in 2016, the number of civil servants nationwide was 7.2 million, and there were 57.4 million employees in state-owned units. Based on the market scale of the government market and public institutions, as well as the market size of the government market, public institutions and state-owned enterprises, the scales are expected to be 1,543 million USD and 3,829 million USD respectively. 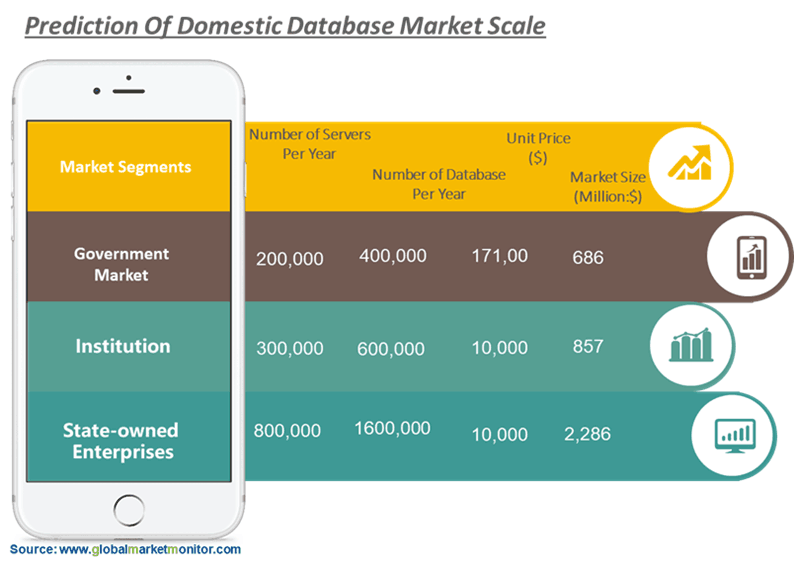