Wind power generation is one of the most mature technologies, the most large-scale development conditions, and the best commercial development prospects in the field of renewable energy. The global wind energy is about 2.74×10^9MW, of which the available wind energy is 2×10^7MW. Under the existing wind power technology conditions, wind energy resources in China are sufficient to support more than 1 billion kilowatts of wind power installed capacity, which will be an important part of the future energy and power structure.

Get Your Custom Report Immediately The industrial chain of offshore wind power and onshore wind power is roughly the same, which can be summarized as that the upstream mainly includes raw material production and parts manufacturing, midstream complete is chiefly the machine and related tower submarine cable, and other important facilities manufacturing, and the downstream is mainly refers installation and operation and maintenance. Submarine photoelectric composite cables are currently widely used in offshore wind power, which directly reduces the overall cost and investment of the project, and indirectly saves the workload of marine surveys and later routing maintenance.

The offshore wind farms constructed in China in the past two years used submarine photoelectric composite cables for power transmission and remote control. It is estimated that in 2020 and 2021, the market demand for submarine cables used in the offshore wind power sector will be 1,143 million USD and 1,257 million USD, an increase of 25% and 10% year-on-year. 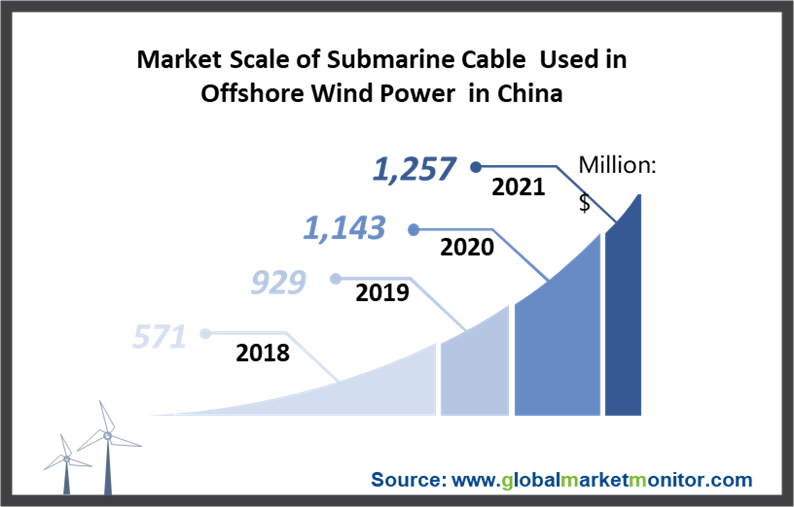